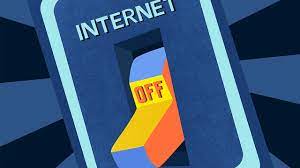 Pakistan Press Foundation (PPF) is alarmed by reports of an internet shutdown in the port city of Gwadar in the Balochistan province amidst clashes between protestors and police. We welcome reports that the internet services have been restored and urge the government to ensure that internet and communication access remains unaffected.

As per Dawn, activists of Haq Do Tehreek and police had clashed after talks between the two for a settlement to end a sit-in were unable to make progress.

According to Dawn, more than a 100 people were arrested and the Balochistan government had imposed Section 144 (power to issue order absolute at once tri urgent cases of nuisance or apprehended danger) of the Criminal Code of Procedures, for a month.

On January 4, Arab News reported that internet services had been restored after 10 days quoting provincial information secretary Hamza Shafqat who said that 3G and 4G services were restored after the city had returned to normalcy and the law and order situation was brought under control.

Speaking to PPF, Zareef Baloch, an investigative journalism fellow at PPF, said that internet services in the area had been suspended since December 25 due to which journalists were facing issues in sending their news reports to the organizations they work for.

“Citizens of the city and the country are being deprived of the information regarding the current situation of the city,” he added.

GPC General Secretary Shareef Ibrahim added that the suspension of cellular networks had cut off the city from other parts of the country and journalists and bloggers can’t report on the actual situation of the area.

Amnesty International South Asia said that the internet shutdown “must be reversed immediately”.“Such disruptions are neither necessary nor proportionate, and inhibits the ability of the people of Gwadar to communicate, access information, seek safety and work,” Amnesty added.