In a space of six months, the Express Group has been attacked three times. In the previous instance, a guard was injured and paralyzed from the waist down. Others were also wounded. Since then we have been trying our best to shield our staff from the dangers that surround us as working journalists.

The most recent attack took place miles away from our Karachi office. And this time round, the cost has been even higher. Three innocent men – Waqas Aziz, Muhammad Khalid and Muhammad Ashraf have lost their lives in what can best be described as a senseless killing. All three were shot as they sat in the DSNG vehicle of Express News in North Nazimabad, a suburb of Karachi.

They were part of our family. Words cannot describe our loss. Till the very last, technician Waqas Aziz showed more concern for others over himself. Our reporter Rabia Ali, who interviewed eye witnesses after the incident, writes that the injured Waqas told onlookers who were helping him to leave him and assist the others. Such was his nature.

A while after he was shot in the head and in the chest, he recited the Kalma and succumbed to his injuries. Being the sole breadwinner of the family, with parents who are both retired government servants, Waqas would often be told not to pursue such a dangerous profession. But the 29-year-old, who had a Bachelor’s degree in Technology in Electrical Engineering, continued to work in the field. Who do we blame for his death?

Despite his wounds, Muhammad Khalid, the driver of the vehicle drove to the nearest hospital in a bid to save the lives of his injured colleagues. One should consider him for a national award for his act of bravery.

Khalid leaves behind a wife and two children – a three-year-old and a nine-month-old baby. What will tell these children when they grow up? What kind of Pakistan will they live in, I wonder. A country where innocent lives are lost every day for no apparent reason.

Our reporter writes that at security guard Muhammad Ashraf’s house, his mother kept on staring at his pair of slippers, trying to control the tears. She recalled that Ashraf did not talk much. “But now I hear his voice all the time,” she added. One wonders who else can hear the voice of those who have been killed without reason.

Our staff is shocked and shattered. We have received a number of condolence messages. There is a feeling of despondency. We are still waiting for the government to nab those who attacked our offices in the earlier two successive incidents. There are many questions but no answers. Our interior minister Chaudhry Nisar continues to be unavailable. He was not at hand to share our grief even on the day of the incident. In the past too he has not been accessible.

In the first incident, men came on motorcycles at shot at will. The sheer audacity of the attack made us wonder. In the second, they threw grenades from the overhead bridge that runs alongside our office at a time when there is peak hour traffic. In both, the law enforcement agencies did not appear on the scene till much later. We are still to hear about the status of the investigations.

In our staff meetings, questions are being raised. Where do we go from here? What do we do? Why have some media houses, which claim to be at the forefront of media freedom, not even reported the tragic deaths. It is a shame how even this tragedy has become a victim of media politics. One can only say, ignore this at your own peril.

More important, questions are being asked of our government. What is being done and what is being thought out. Will we continue to be on the receiving end, and being made an example of? Our government should lead the nation and take the nation in confidence either way.

Pakistan is one of the most dangerous places for a journalist to work in. This danger extends to all media workers. It is unfair to expect us to report honestly when there are not enough space for us to operate in.

There are a lot of questions that remain unanswered. At the same time we struggle to move ahead. Some pointed out to me that this issue relates to our group only. Actually, it does not. It relates to the crisis that Pakistan faces. Make no mistake. Our country is facing one of its biggest challenges ever. 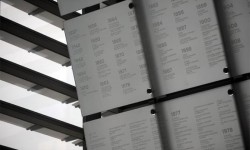