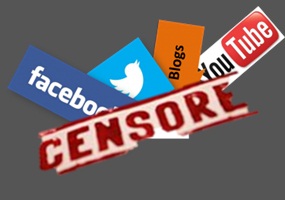 The insecurity and paranoia of the establishment increasingly on display is about to ‘conquer’ new heights (or lows, if you prefer). Having muzzled and gagged the mainstream media through financial strangulation (reduction of government advertising) and ‘directives’ regarding what is acceptable or not (both of which have ‘persuaded’ the corporate media to lie subserviently low), the guardians of our ‘national security’ (undefined and therefore open to the widest, most convenient description) have turned their unwanted attention to social media. The government has issued SRO (1)2019 dated January 21, 2020 that has delineated Citizens Protection (Against Online Harm) Rules. These rules have sprung from the government’s head like Medusa’s snakes without any attempt at consultation with citizens, providers, or stakeholders in social media.

The rules enjoin international social media companies to establish an office in Islamabad, establish database servers here, and provide any data or information sought by the authorities. Ostensibly, this is intended to provide citizen data privacy. However, the rules soon let the cat out of the bag by laying down that these social media companies shall remove, suspend or disable access to such accounts and online content of citizens of Pakistan residing abroad who spread fake or defamatory news or material that violates the religious, cultural, ethnic or national security ‘sensitivities’ of Pakistan.

The rules speak for themselves so let us let them rest without comment as to their wording or content. However, what may be of greater value is to plumb the intent behind such vague, broad restrictions on free expression. Online and social media critics and dissidents physically present in Pakistan who do not toe the establishment’s line can be dealt with through traditional methods.

Since the authorities are relatively restricted in their ability to ‘reach out’ to critical and dissident exiles, the government has delivered its highly intelligent rules for reining them in on social media. But there appears to be a fly in the ointment.

The Asia Internet Coalition (AIC), an industry association comprised of the leading internet and technology companies, i.e. Facebook, Twitter, Google, Amazon, AirBnb, Apple, Booking.com, Expedia Group, Grab, LinkedIn, LINE, Rakuten and Yahoo (Oath) have warned the government that its new rules on online regulation will make it extremely difficult for digital companies to make their services available to Pakistani users and businesses. In a letter addressed to Prime Minister Imran Khan (who should have known better, given that his rise to power was fuelled to a considerable extent by his army of PTI trollers), AIC Managing Director Jeff Paine has expressed concern that these rules would severely cripple the growth of Pakistan’s digital economy (one of the few promising fields in today’s discouraging economic meltdown). The letter points out that no other country has announced such a sweeping set of rules, which risk Pakistan becoming isolated as a global outlier. The letter goes on to underline the lack of consultation with or input from stakeholders outside the government. The rules, AIC argues, are vague, arbitrary, and demand the social media companies to violate their confidentiality architecture and deviate from established human rights practices concerning user privacy and freedom of expression.

The last phrase above says it all. In this age of unfettered freedom of expression through one means or another, the Pakistani deep state wishes to impose the silence of the graveyard on our people at home and abroad. This reflects their insecurity and paranoia. Instead of embracing, in all their diversity of views and opinions, the citizens of Pakistan, the deep state wishes only one voice to emerge from this thicket – its own. What it does not realise is that this is a futile endeavour, not just because the means of free expression are so diverse and some beyond the control of their ‘thinkers’, but also because our history is the clearest evidence of the spirit of resistance to tyranny of our people. Quelling their voices, our friends in the ‘control’ department should realise, is not only difficult, it will prove a stretch too far. Nor should they forget the lesson of history that when you stifle dissent, the door is opened to new forms of resistance, some of which will bring little comfort to our ‘handlers’ of the national narrative.