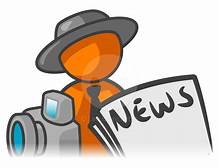 Pakistan cannot revive true democracy in the country without freedom of press, said by newly-elected president of Sheikhupura Union of Journalists Mian Shabbir Hussain on Sunday.

He was speaking at a ceremony following the announcement election results held at SKP Press Club.

He called for unity of the journalist unions in the country for glory and welfare of journalism and journalists.

Provincial minister Mian Khalid Mahmood, DC Asghar Joyia and DPO Ghulam Mubashar have also expressed good wishes for the newly-elected office-bearers of the union of journalists and hoped the new representatives will raise voice for the rights of the downtrodden segment of the society.