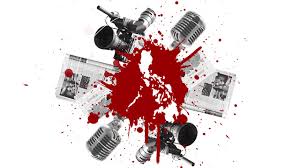 Blood money is considered a stumbling block in the way of bringing to justice the culprits of slain journalists in Sindh southern province of Pakistan.

The culprits were released after settlement, a report from Pakistan Press Foundation (PPF) revealed, whose findings were based on the verdict of local courts in Sukkur and Jacobabad districts of Sindh, where the two journalists were assassinated.

Soomro was killed on October 20, 2002 in Kandkot, working for “Daily Kawish” a widely-read Sindhi language newspaper in province. Waheed Ali Bijarani was booked as prime accused in the murder case of Soomro. The accused is closely related to Shabbir Hussain Bijrani,  a powerful and influential political figure of area and now a sitting member of provincial cabinet Sindh, elected for member of Sindh assembly on ruling party Pakistan People’s Party (PPP)’ s ticket.

As the culprits belonged to a powerful Feudal political family, they had considerable influences in the district and provincial administration. The family of the deceased journalists was pressurized for “out of court” settlement. The pressure tactics worked out to woo the family of slain journalist to reach “out of court” settlement and 1.6 Million rupees paid to bereaved family as blood money.

It was not the first case to be dealt with through “out of court” settlement as this is normally practiced in this part of the province and Pakistan too.

Amir Bux Brohi, who was the district correspondent of Daily Kawish, was assassinated in 2002. Local area police booked Shah Nawaz Brohi, a lawyer by profession in the murder case of Journalist Brohi. This case also met the same fate like Soomro when “out of court” settlement was reached upon between the families of slain journalist and accused. The mockery of justice was done in this case when Police let the accused go free by simply his swearing upon that he was not involved in the murder of Brohi. However Police is still clueless about the murderer of the journalist.

PPF reveals in report that 72 journalists’ were killed in Pakistan from 2002 till today, 15 of these were occurred in Sindh. Only four of these proceeds till the verdicts of law court, rest of the cases were settled out of law court or authorities fail to apprehend or identify the accused and cause beyond murder.

Report says that 699 cases reported regarding assault on media during 2002 till 2019, during that period 72 Journalists were murdered and happened 171 serious & 77 minor assault. PPF report disclosed that 26 journalists arrested and 67 serious & minor threats received.

Report reveals that only, Wali-UR- Rehman Babar from Geo News and Denial Pearl from United Estate of America (US) working for wall street journal. Both were killed in Karachi, Mushtaqe Khand is third journalist and Nisar Ahmed Solangi is fourth Journalists, their assailants get rigorous punishment. The family of Nisar Ahmed Solangi had taken 0.3 million Rupees (US $ 2,857) as blood money in the settlement but District & Session Court of Khairpur Mirs’ rejected out of court settlement and awarded 25 years of imprisonment to Haji Bakht Ali Junejo and Nazir Ahmed Junejo during 2012; while two other accused were declared innocent.

Authorities yet arrest or identify rest of the 11 cases of slain journalists’.

In Pakistan’s judicial system, blood money is not forbidden and it is legal in accordance with the laws of Sharia. Majority of the population practice Islam, paying the blood money for murder is a considered a norm in the legal and cultural system of the country.

Lawyers and religious scholars said that law and Sharia both allowed the blood money but conditions are being applied to implement before the agreement it can be different case to case.

Barrister Haq Nawaz Talpur, a known lawyer said about blood money to settle the case of murder of journalists, he opines that it should be declared forbidden if the permission in the law for paying blood money is being misused under the influence of powerful groups.

Talpur thinks that special legislation should be done to check the murder of journalists. He termed the situation grim in the case of non-arrest of murderers of journalists.

Mufti Naeem-Ur-Rehman, a renowned religious scholar when contacted considered the blood money payment in those cases useful in which the culprit feel guilty and repent for his crime.

He however said if the permission in Sharia is being misused under the pressure of powerful people to go scot-free for murdering the innocent people, then it is illegal and Sharia doesn’t allow for blood money in this sense.

He also believed that if blood money is contributing in the growth of crimes, then it should be checked to stop the exploitation of this injunction of religion.

It is in the backdrop of practice of blood money, which is part of criminal procedure of Pakistan (CR. PC.) no exemplary punishments were awarded to the accused, involved in the murder of journalists in Pakistan.

Veteran journalist Ahmed Khan Malik, Secretary Karachi Union of Journalists (KUJs) and former President Karachi Press Club (KPC) believed that blood-money is a hurdle in the way of bringing the culprits, involved in the murder of journalists and said that state should play the part of complainant in such cases.

He also identified the poor investigation in the murder of journalists and weak prosecution as the loopholes in these cases and stated that mostly journalists are victimized at the hands of powerful lobbies.

He said that influential lobbies and persons behind the murder of journalist use coercive measures to compel the families of deceased journalists to receive blood-money despite the fact that the families wanted to fight the case and want it to pursue in the court of law.

A local politician, having the role to hold “JIRGAS” for settlement of disputes, Mir Manzoor Hussain Panhwar defends the agreement for blood money among the concerned parties. , He explained that this is not a “JIRGA” but actually it is an agreement between two parties.

He said that current criminal justice system of Pakistan doesn’t ensure speedy justice to the aggrieved but the out of court settlement by holding the jirgas resolves the issues within few hours if crime proved. Subsequently, aggrieved family received the blood money which is allowed under the law and Sharia as well.

Masood Ahmed Soomro, President Kandhkot press club opposes the blood money and the custom of JIRGA. He believed that out of court Settlement through Jirga helps the criminal to save his skin rather than doing the justice.

President press club said that the aggrieved family goes to out of court settlement and accepts the blood money after it doesn’t receive justice from criminal justice system.

He suggested for introduction of new law to protect journalists, which also ensures that criminals behind the crimes against journalists should be punished.

Elder son of slain journalist Shahid expressed satisfaction over out of court settlement of his father” s murder as according to him the family couldn’t not fight a legal battle against the influential persons, involved in his father murder.  We were left with no option but to accept the blood money, the dejected son lamented.