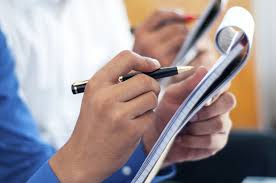 LORALAI: Zhob Division Commissioner Hafiz Muhammad Tahir has said that role of media cannot be denied in the development of a society.

“The press helps in highlighting the problems of the people as well as the area,” said the Zhob commissioner while talking to the media at his house on Sunday.

Commissioner Tahir said, “Journalists play their due role by providing information to the people about government policies and initiatives.”

He said that it was their (journalists) responsibility to identify errors in the developmental schemes in the larger interest of the country.

“Proper steps will be taken to resolve the issues,” he said, adding that provision of all basic facilities to the people “is the top priority of the current government”.

He vowed to resolve the issues of supply of clean water and provision of better health facilities at District Headquarters Hospital. “The ongoing development schemes under the Chief Minister Package will be completed soon,” he added.