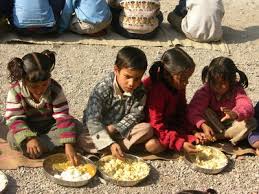 PESHAWAR: The role of the media was termed key to highlight impacts of malnutrition and create awareness among the people to consume nutrients rich food.
The Scaling Up Civil Society Alliance Pakistan (SUNCSA) and Nutrition International in collaboration with the United Rural Development Organisation (URDO), Peshawar had organised the session to highlight the importance of nutrition and impacts of malnutrition.

Kashif Nazeer highlighted the importance of media’s role and initiatives taken by the provincial government for implementation of Khyber Pakhtunkhwa Multi-sectoral Integrated Nutrition Strategy launched in December 2014 and progress made for addressing the malnutrition. He said the SUNCSA was a network of over 150 civil society organisations working for the promotion of nutrition and improving the nutrition indicators.

Sharing the status of malnutrition in the country and Khyber Pakhtunkhwa, Aliya Habib, coordinator for SUNCSA Pakistan, said the stunting rate in children below five years of age in the province was 47.8 percent and 43.7 percent in country (10 million children).

She said that lack of knowledge about the quantity of vitamins in food items, poverty, food insecurity, inadequate access to water, poor women education, etc were among the key factors in malnutrition among mothers and children.

The participants expressed the resolve to play own role in highlighting the issue and creating awareness among the people about the impacts of malnutrition.

Later, the media persons gave suggestions to highlight the issue of malnutrition in an effective manner.