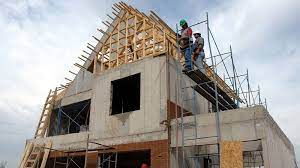 SWAT – Allotment letters of Media Colony were distributed among the members of Swat Press Club and Union of Journalists.