Media asked to play due role for highlighting child rights 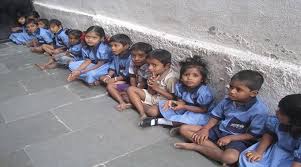 Participants of a consultative meeting on Saturday stressed the need for a more powerful role of media in highlighting child rights.

The Society for the Protection of the Rights of the Child (SPARC), a child rights body, had organized the consultative meeting, titled ‘Role of Media on the State of Child Rights in Pakistan’. Representatives of print and electronic media, government officials and social activists participated in the event in a bid to devise a joint strategy for highlighting and solving the child-related issues.

Badar Jamil Mandhro, the provincial human rights secretary, said Sindh had passed several bills to ensure the rights of children, which restricted child marriages and corporal punishment at schools, and made provisions for free education. “But non-implementation of the bills is the main issue,” he remarked.

He said the media needed to continuously remind the policymakers about their duties towards children’s rights and the international commitments made in this regard. “It is the media’s responsibility to inform the people about the government’s spending on education, child health and nutrition, and child protection.”

She urged the government to ensure birth registration because it was the first right of the children. “Due to lack of data, it is impossible to devise policies for the welfare of children,” she said.

Muhammad Kashif Mirza, SPARC’s media and communication manager, said Pakistan had approximately 47 per cent of Pakistan’s total population of children under the age of 18.

“Unfortunately, Pakistan hasn’t delivered on its international and national commitments towards child rights. Pakistan has 22.84 million out-of-school children, which is the second highest figure in the world. In addition, approximately 12 million Pakistani children are engaged in the labour force and many of them are involved in hazardous forms of work. This figure also includes over 1.2 million children living and working on streets,” he informed the participants.

Mirza said child sexual abuse, child marriages and their trafficking for commercial and sexual purpose was also on the rise. Citing the SAHIL report ‘Cruel Numbers 2019’, he said eight child abuse cases were reported every day in Pakistan this year.

Shomaila Muzammil, another SPARC official, said Pakistan had ratified the United Nations Convention on the Rights of the Child (UNCRC) in 1990 but a national-level commission to monitor the state of children in the country was formed in 2017 and it was still not fully functional.

“Due to lack of will from policymakers, Pakistani children are deprived of their rights to survival, protection, and development,” she said.

Nuzhut Shirin, the chairperson of Sindh Commission on the Status of Women, said the cases of child abuse, early marriages, trafficking for commercial and sexual exploitation, and violence against domestic workers, were on the rise.

“There’s also a steep rise in case of crimes committed by juvenile offenders,” she said. “We regularly downplay Pakistan’s poor ranking in global development indexes but every day the newspapers are filled with cases of child rights violations.”

Shahana Ashar, an MPA, said Pakistan had ranked bad in most of the child-related indicators of the Millennium Development Goals and unless drastic efforts were made, it would fail to meet the requirements of the Sustainable Development Goals.