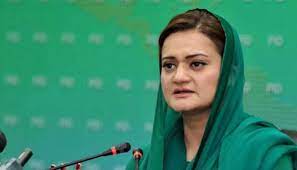 Addressing the inauguration ceremony, the PML-N leader vowed that the incumbent government wants to provide a platform where all stakeholders come together for resolving the problems of the industry.

She detailed taking all possible measures for the revival of the film industry in Pakistan that still hinges following the Covid pandemic.

Marriyum also launched the PakFlex project to make drama and other content of state-owned broadcasters in archives for the viewers.

She also mentioned taking long-term reforms in the film sector, calling these two projects to promote the content directly. She also commended the PTV for maintaining its reputation till date due to its strong foundations, integrity and credibility.

She, however, acknowledged the lack of children’s content on state TV which led to the promotion of content by foreign outlets.

The PML-N leader also revealed that the Ministry of Information is setting up a film directorate to facilitate the producers, directors and distributors of the industry.