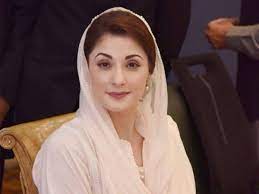 On May 7, Maryam Nawaz had lodged a case with the FIA against fake and objectionable photos of her floating on social media platforms, Dawn.com reported.

Taking to Twitter, the PML-N leader on Thursday had said that she had reported the matter to the authorities concerned and was waiting for action in this report.

Taking action on the complaint, the FIA arrested a suspect, Fayyazuddin, for sharing Maryam Nawaz’s fake videos. A case has been registered against the suspect, said a spokesperson of the FIA.

Later, the suspect was produced before a court for a remand. Meanwhile, the court sent the suspect to jail on seven-day judicial remand.