Malini in a new avatar

KARACHI: One is not sure how Rabindranath Tagore would have reacted to Nepali group Theatre Village’s adaptation of his play ‘Malini’. But rest assured he would have given the young director Bimal Subedi a pat on his back for adding a new dimension to the drama. Subedi’s post-avant-garde ‘Princess and the Garden’ performed as part of the National Academy of Performing Arts’ international festival on Saturday evening was a rare presentation for the simple reason that it minimised the textual richness of Tagore’s play and turned it into a visual spectacle with strong political and artistic content. Why? Because the theatre group needed to juxtapose the Bengali master’s words with Nepal’s political scenario.

Princess Malini (Manisha Thapa) is very much part of the scene. So is the king (Dilip Ranabhat). The princess’s Buddhist learning and leanings have caused a stir in the power corridors. Kemankar (Sujan Woli) is not happy. Kemankar’s friend Supriya (Karma Shakya) doesn’t agree with him. But Kemankar has more people on his side. The tussle between Kemankar and Supriya is the struggle of two points of view, one trying to take precedence over the other. The friction between them doesn’t help Kemankar earn favor with the king. Things get so intense that they lead to their downfall.

This may sound simplistic. Nothing could be more wrong. What Subedi does that he turns the story on its head and sets it against a contemporary backdrop. In fact, it’s the post-modernistic flavour that the director is trying the audience to taste. Imagine Malini’s image on a screen. Imagine her resistance to cutting a politically correct picture by not letting her hair brushed. Imagine the initial argument between Kemankar and Supriya not taking place in front of the audience, but is heard from the background as glowing balls are thrown into the arena with the same intensity as their argument. This is modern theatre at its most inventive, especially the use of glowing balls, as lights fade to black, gives the whole atmosphere a psychedelic feel and takes the audience to a realm which is readily identifiable, and because of which the gravity of issues like monarchy, democracy and the involvement of religion in politics are diluted, and yet never disappear.

The individualisation of a societal struggle is nicely depicted through the characters of Malini, Kemankar and Supriya, who symbolise a nation in strife. The music (as if turntable was vigorously scratched) nicely gelled with the whole ambience. In the initial part of the play the characters are seen in plastic sheets. As the play moves forward the sheets come off, and the actors are seen in black attires. Again, this is not vague symbolism.

The actors, particularly Sujan Woli and Karma Shakya, convince the audience of their strong feelings (for or against) towards the princess. Their fight, mostly done in the form of mime-like movements, is quite intriguing.

‘Princess and the Garden’ is not the average theatre-goer’s cup of tea. However, it for sure provides Napa’s festival with the kind of variety which will only help its students and lovers of experimental theatre. 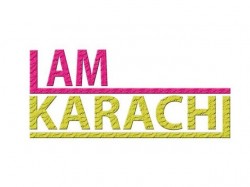 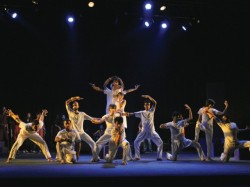 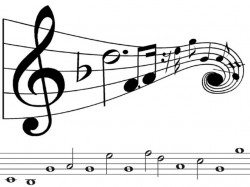 The clang of music