Malala and the Hollywood superstar 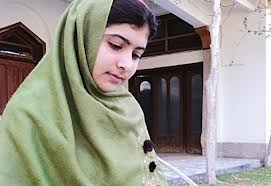 Malala Yousafzai, the brave 14-year-old schoolgirl who was shot at point blank range by Taliban militants in October last year, has become an international symbol of resistance, courage and hope. Her refusal to bow down to the forces of oppression and orthodoxy has seen her go from strength to strength, so much so that the entire world has embraced her and her cause. She is now attending school in Birmingham after healing from her wounds and is ready to take her cause to the next level. To this effect, Hollywood superstar Angelina Jolie, who is known for her humanitarian work, which includes assistance and visits to refugees from Afghanistan and Pakistan to Syria, has fully backed Malala’s cause by donating $ 200,000 to Malala’s education fund. Further funding support is expected from two women’s charities. The fund seeks to establish a school for girls in Malala’s hometown of Swat. Ms Jolie has spoken for Malala at New York’s Women in the World Conference and has pledged to help her in her crusade for education.

This support and encouragement ought to serve as a wakeup call for our governments of the past and the future. What have they done since October 2012, when Malala was attacked, to embrace this young girl and her mission — a girl who took a bullet to her head to raise her voice for the real daughters of this nation? Why have no solid steps been taken by our representatives to engage with Malala’s mission and establish an educational centre where it is needed most? Why has no one actually stood behind our little heroine to condemn the attack against her and push forward the fight for female rights in militant-infested areas? It is sad to see that female parliamentarians in particular from the previous Assemblies did not feel solidarity with Malala. A fight for the most basic of female rights — education — did not stir anything in the hearts of our female politicians who pledged nothing to the young girl. Do we have to always wait for a Hollywood superstar to get the job done? *