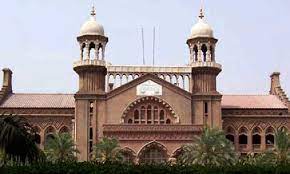 LAHORE: Justice Muzamil Akhtar Shabbir of the Lahore High Court (LHC) would take up a petition on Friday (today) against the ban on the film Joyland by the Punjab government.

Muhammad Haider Kaleem filed the petition through Advocate Usama Khawar, saying that the film was initially cleared for screening throughout Pakistan by the Central Board of Film Censors in August 2022.

However, the petition states that upon pressure by certain right-wing segments in the country, the censor board imposed a nationwide ban on the film on Nov 11. It says the federal government, in response, constituted a censor board review committee, which subsequently approved the film for release nationwide with minor cuts.

Within 24 hours of the approval, the Punjab government issued the notification banning the film in the province on the pretext of receiving complaints, it adds.

The petition says it is astounding how dismissively the government issued the orders for banning the film. It was impossible to receive complaints when the film had not even been screened, it argues and adds that the lack of accountability and the government’s attitude are deeply concerning. It says there is a need to identify the need for scrutiny of the actions of the executive that is arbitrary.

The petition asks the court to set aside the ban on the film imposed by the provincial government and permit its exhibition.