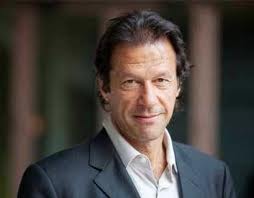 KASUR: Kasur journalists Saturday condemned statement of the PTI chief Imran Khan who injured feelings of thousands of the people by speaking against Jang and Geo Group.

They warned of hunger strike if their demand was not fulfilled.

The journalists said it was the media that turned a cricketer into a politician who had earlier was unsuccessful in a decade long effort to run the political party, known as Tanga party. Saleemur Rehman said Geo/Jang Group believed in unbiased reporting, saying that his media group had established a ‘Jang Election Cell’ and senior members of the group, including Suleman, Baidar Bakht, Abid Tehami, Iftikhar Ahmed and Sadiq Khan took oath from the reporters in Punjab that they would submit unbiased and impartial reports to their office regarding election.

He maintained said cricketer-turned-politician Imran Khan had already disappointed his party workers by letting the traditional politicians hijack the PTI. Now, the PTI was striving to create a rift between journalists and the army, he added.

The senior journalist said the media had played a vital role in inculcating awareness to the masses and serve as a mirror to society. He said that dozens of journalists had laid down their lives and others were injured while serving the nation for a sublime cause.