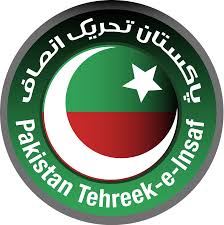 ISLAMABAD – The proposed much-awaited journalists protection law stays in limbo as the ruling Pakistan Teheek-e-Insaf itself has discredited its own year-long negotiations process on the draft bill that seeks to ensure independence, safety, and freedom of expression of journalists and media professionals.

For the past many years, the journalists and their representative bodies are seeking from the government to pass a bill to ensure their safety and independence in the wake of their continued harassment, intimidation, kidnappings, and threats to life.

Experts believe that the draft bill, prepared by human rights ministry, is much better than the law proposed by the information ministry.

They say that the decision to club both the bills and to start another round of talks under the law ministry would delay the passage of the law at a time when journalists in Pakistan are facing growing threats while performing their duties.

Minister for Human Rights Dr Shireen Mazari had got prepared the proposed law after months’ long negotiations with the representative bodies of journalists and other stakeholders. The bill was initiated by the then Information Minister Chaudhry Fawad Hussain.

Asad Beyg, a media strategist, said on his Twitter that journalists’ safety bill is “by far the best legislation we’ve seen aimed at safeguarding media and journalists” in Pakistan but the “move to club it with another draft bill will be harmful.”

The government announced, the other day, that the cabinet decided to send both the bills to the law ministry for necessary adjustments and to hold talks further with the stakeholders—a move that would delay the passage of the law further as it would again go back to the cabinet for approval before being sent to the parliament

The media representative bodies also suspect that the government through the bill in the name of journalists’ security and safety also wanted to impose some restrictions on the media.

MB Somroo, Secretary General Parliamentary Reporters Association, told The Nation that they had told the government during a meeting of the Senate Standing Committee on Information that they wanted a law to ensure protection of journalists but would not accept any law that also sought restrictions on media.

The draft bill prepared by the human rights ministry seeks to “promote and effectively ensure the independence, impartiality, safety and freedom of expression of journalists and media professionals”.

The information ministry’s draft bill is mainly based on the feedback from the ministries of interior, finance and health while human rights ministry’s draft has been prepared after through negotiations with relevant stakeholders and in the light of international conventions signed by Pakistan

The government shall ensure that effective measures are taken to protect journalists against forced or involuntary disappearances, kidnapping, abduction or other methods of coercion, further says the draft law.

The bill seeks to establish an independent “Commission for Protection of Journalists and Media Professionals” to exercise its powers and perform its functions under this law. The commission will be headed either by a retired judge of Supreme Court or someone other who has demonstrable knowledge or practical experience in matters relating to law, justice and human rights. The commission will comprise members of representative bodies of journalists and press clubs besides a representative of the human rights ministry.