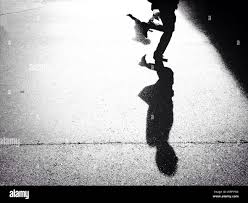 NOWSHERA: A local journalist on Wednesday narrowly escaped bid on his life when unknown car riders allegedly tried to crush him to death.

Shaheen Shah, a local journalist and general secretary of the Nowshera Press Club, told the police that he was coming to press club when unidentified car riders intentionally hit him and fled the scene in Shobra Chowk. He sustained injuries in the foot.

Soon after the incident, Station House Officer, Nowshera Cantt, along with a police party rushed to the spot and registered the statement of the victim journalist. The official also obtained circuit camera television (CCTV) footage and started an investigation.

Meanwhile, an emergency meeting of the journalists of Nowshera Press Club was held and condemned the cowardly act of the unknown car riders. They urged the police to arrest the accused forthwith or else they would launch a protest movement.