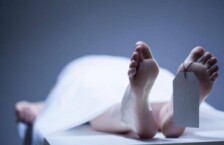 His son Mahadi Mallick told Dawn that he collapsed in the evening and was taken to a hospital in Gulshan-i-Iqbal, where doctors declared him dead.

He said his father was suffering from diabetes and heart ailment and it appeared that he died of cardiac arrest.

He said funeral prayers would be held on Sunday at Masjid-i-Ibrahimi in Karachi University after Asr.

Aamir Mallick worked as features editor in Dawn. He remained associated with the Jang group for around two decades.

He also worked for many advertising agencies.