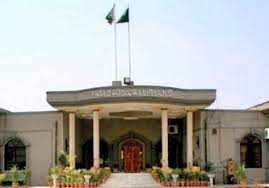 The Islamabad High Court (IHC) ordered the secretaries for interior and foreign ministries on Monday to immediately meet senior journalist and anchorperson Arshad Sharif’s family, slain in a gun attack in the Kenyan capital of Nairobi last night.

An application seeking a probe into the matter had been filed with the high court, requesting the formation of a commission to investigate the circumstances under which the senior journalist left the country.

Security agencies should be ordered to liaise with Kenyan agencies for a thorough investigation, stated the request filed by Barrister Shoaib Razzaq.

The application also requested court orders to ensure the transportation of the body to Pakistan.

While hearing the petition in court today, IHC Chief Justice Athar Minullah inquired where the body of the deceased journalist was to which Razzak responded by informing the court that the body was still in Nairobi.

Upon this, the court issued notices to the Interior and Foreign Ministry to meet with the deceased’s family at the earliest and submit a report in court by tomorrow (Tuesday).

The court also ordered the relevant authorities to take the necessary steps required to ship Sharif’s body to Pakistan.

Taking to her official Twitter handle, Siddiqui said “I lost friend, husband and my favourite journalist Arshad today, as per police he was shot in Kenya.”

According to ARY News, police in Kenya have opened an investigation into the gun attack that killed Sharif.

The 49-year-old had worked in various newsrooms in the country and was awarded the Pride of Performance by President Arif Alvi in March 2019.

It may also be noted that Sharif was associated with a private news channel in Karachi until recently when he resigned and moved to Dubai.