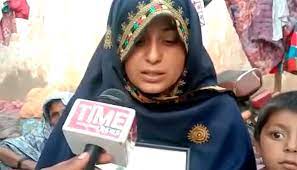 KARACHI: An antiterrorism court on Friday reserved till May 10 its order on the fate of the Nazim Jokhio murder charge sheet from which the investigating officer had removed the names of two sitting Pakistan Peoples Party lawmakers as accused.

Complainant Afzal Jokhio had nominated PPP MPA Jam Awais, his elder brother MNA Jam Abdul Karim, their servants and guards for murdering his 26-year-old brother, who earned the ire of influential for stopping their foreign guests from hunting houbara bustard, on Nov 3, 2021.

On Friday, the ATC-XV judge, who is conducting the trial in the judicial complex inside the central prison, took up the matter to hear arguments from the parties on the question of jurisdiction of the incumbent court to conduct trial in the case.

At the outset, IO Siraj Lashari pointed out that the present case was not an act of terrorism. He submitted that the same might be transferred from the antiterrorism court to an ordinary session’s court for trial.

Appearing on behalf of Jokhio’s widow Shirin, Advocate Rehman Ghous supported the version of IO Lashari that the case did not fall within the ambit of terrorism and it should be transferred to a sessions court.

Advocate Ali Asghar Narejo, who also claimed to be the counsel of the victim’s widow, opposed the view of the prosecution and argued that the offence alleged against the accused persons fell within the meaning of terrorism. He pleaded the judge to conduct the trial in the case in accordance with the law.

Advocate Mazhar Ali Junejo, who claimed to be a witness of the murder, also opposed the prosecution’s contention that the case did not fall under the purview of the antiterrorism law. He argued that the murder of the victim was aimed at terrorising the community and victim’s clan.

The judge observed: “On receiving the charge sheet, the jurisdiction of this Court has been challenged even by the investigating officer and prosecution, therefore, I am of the humble opinion that firstly the jurisdiction may be decided.”