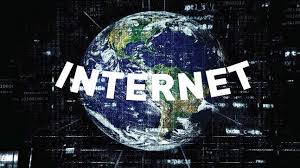 IN its 2018 Freedom on the Net report, the democracy watchdog Freedom House has once again found Pakistan ‘not free’ for a seventh consecutive year, indicating a gradual worsening of internet conditions in the country. Between June 2017 and May 2018, Pakistan’s rating fell by two points since the year before, and the country received an ‘internet freedom status’ score of 73 out of 100 (with 100 being the worst) — faring only marginally better than countries like Saudi Arabia and China. This is indicative of a larger, global trend to which Pakistan is not immune. Rising authoritarianism is being consolidated through the digital sphere, and threatening to destabilise both established and fledgling democracies. Disinformation and armies of online trolls and bots have weaponised digital spaces; at no time was it more apparent to Pakistani internet users than during the 2018 election season. Technical attacks targeting the media, NGOs, political opposition groups and activists have become increasingly common. Meanwhile, the non-transparent practice of blocking content without notification or means for appeal has continued unabated, enabled by the Prevention of Electronic Crimes Act, 2016, which grants authorities broad powers to restrict and filter online content. Accessibility remains a significant problem, with connectivity marred by a number of issues: heavy taxation on broadband and mobile internet, poor infrastructure and inadequate coverage, and frequent shutdowns across the country during religious and national holidays. Connectivity still remains severely limited in parts of Balochistan and erstwhile Fata. Meanwhile, Pakistan’s internet users remain completely exposed without a data protection law in place.

This shift towards increasing restrictions on the free flow of information, unfettered access to personal information and mass surveillance — all under the guise of national security — has, far from keeping us safe, put us at greater risk. Without meaningful safeguards in place, such measures grossly infringe upon the fundamental rights of Pakistan’s citizens. Widespread censorship and criminalisation of political speech have a direct causation on the erosion of democratic norms. It is more urgent than ever that the government work proactively, and in consultation with ICT and digital rights experts, to amend Peca and introduce a holistic internet governance framework that recognises and upholds constitutional freedoms and protections, as well as international treaties that the country has ratified. There is tremendous economic and human potential in a free and accessible internet in Pakistan, but only if the state allows it to flourish.