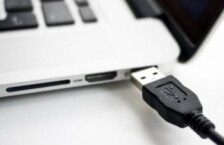 KARACHI: The trade in information technology goods and services is one of the fastest growing sectors in the global trading system.

In case of trade in goods, IT products are 10% of the global merchandise trade.

The increase in trade of IT goods has been possible after World Trade Organisation (WTO) members through plurilateral arrangements agreed to liberalise tariffs on IT goods through the Information Technology Agreement (ITA). The plurilateral agreements include some and not all WTO members.

In 1996, some WTO members, who could foresee future developments in information technology, decided to enter ITA where they committed to eliminating tariffs on the import of IT goods. This was, at that time, considered the most important tariff liberation initiative in the WTO since its establishment in 1995.

Since then, the trade in IT products has increased three times. In 2015, it surpassed $2 trillion.

Initially, the agreement was signed by 29 WTO members and gradually other members followed suit. Today, more than 80 members are part of this agreement and their share in global IT trade is 97%.

The agreement covers basic raw materials to finished goods such as computers, semi-conductors and scientific instruments including parts and accessories on which customs duties will be eliminated.

Pakistan is not part of the ITA. It could not develop internal consensus on acceding to the agreement due to heavy reliance on taxes on international trade for revenue generation.

It was therefore thought not necessary to join the agreement and lose import revenues by eliminating tariffs on IT goods.

On the other hand, a large number of developed and developing countries joined the agreement including the European Union, USA, India, China, Turkey, Malaysia, Indonesia and the Philippines.

According to a recent study of the World Bank, countries which are part of the ITA have been successfully integrated into the global value chains.

The agreement has facilitated the fragmentation of manufacturing process to various geographic locations, keeping in view the competitive advantage each location offers.

The important thing remains that each geographic location remains within the list of countries that are part of the agreement as the elimination of tariff facilitates easy movement of components and intermediaries for the finished goods.

At the time of reaching the agreement, the share of developing countries in global information technologies was 30%. Now it stands at 65% and is growing rapidly as some nations such as India, China, the Philippines, Malaysia and Thailand are emerging as centres of competitive excellence for outsourcing high-tech manufacturing and business process outsourcing.

The developing countries have witnessed a twofold increase in exports of IT products as the elimination of tariff enhanced their competiveness to procure cheaper inputs. They have also attracted a substantial share of global foreign direct investment (FDI).

Pakistan gradually brought down import tariffs on IT products from 2002 to 2006. This was part of the IT policy to encourage the use of IT and attract FDI. These reforms were undertaken without joining the ITA and sparked considerable interest from some important global firms as a potential investment destination.

The tariff reforms were subsequently reversed due to revenue considerations as the policymakers thought it easier to collect taxes on imports rather than widening the tax net. Recently, the tariffs have been further enhanced as Pakistan under the IMF programme has to achieve revenue targets to be eligible for the periodic release of loan instalments.

The developing countries that have joined ITA have been able to enhance their competitiveness in global trade due to availability of affordable IT products for consumers and businesses. The use of IT by business such as manufacturers and services sectors enhances their productivity and competitiveness.

The other important trend for the ITA members is their strong presence in the export of IT services. This is because of the proliferation of IT usage due to reduction in prices of IT goods through the elimination of tariffs.

There is sufficient and compelling evidence that countries that have joined the ITA have outperformed the non-members in export growth, integration with global value chains, innovation and competitiveness.

In the foreseeable future, the trade in IT will remain at the forefront of global trade. There is, therefore, an immense opportunity for developing countries like Pakistan to benefit by eliminating tariff on IT products and liberalising IT services. It has the potential for economic growth and employment generation.

The writer is a development professional with over 20 years of experience in public and development sectors. 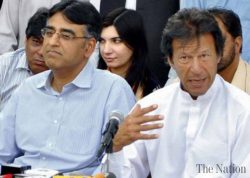 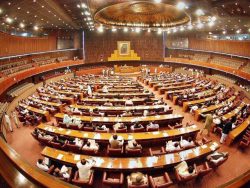