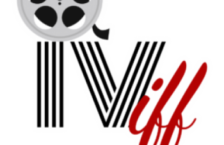 LAHORE: The Indus Valley International Film Festival is all set to be held in New Delhi, India on February 25, 2019. The festival has long been held in high regard due to its ability to improve Indo-Pak relations. Film personalities from both countries are seeking opportunities for the festival.

Around 12 Pakistani films will be screened during the extravaganza which will also witness a number of discussions and film sessions. Renowned local personalities including Hamayun Saeed, Nadeem Beyg, Ali Zafar, Mahira Khan, Nabeel Qureshi and Fizza Ali Meerza among others are expected to attend. The cast and crew of the 12 films will also be present.

It is pertinent to mention here that the festival was initially scheduled to be held in November 2018 and was postponed for January 13, 2019. It was delayed once again and rescheduled for February this year.

The administration announced its final date and according to them, it will be a week-long festival. Preparations have been in full swing for a while now. The gala is being arranged by the South Asian Forum for Art and Creative Heritage (SAFACH) and films from India, Pakistan, Nepal, Bangladesh, Sri Lanka and others will be exhibited.

Although Pakistani film producers and showbiz personalities have not yet announced the details of their participation in the festival, the event’s official website shows Pakistani insiders on the list.

“None of the showbiz personalities have applied for their visas yet,  but the festival’s administration team has been in touch with us and the insiders in this regard,” an official organiser, seeking anonymity, shared with The Express Tribune.

He continued, “Even though Mahira Khan is busy with PSL (as she is the brand ambassador for Peshawar Zalmi), she will most probably be attending the festival. The organisers are trying to convince her to join the event for even just one day as her participation is of utmost significance. However, she has not yet confirmed her attendance.”

The source went on to state that the festival is important for both countries as there are some film producers in India that are starting out new film projects and they want to cast Pakistani actors in their films. Therefore, during the festival, meetings and negotiations will be held among them.

“As well as Pakistani producers, renowned Indian film producers were also sent official invitations for the event. We expect the festival to receive a positive response and hope that it betters the relationship between India and Pakistan.”