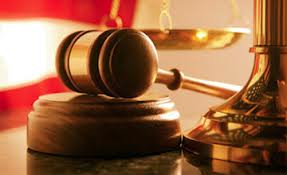 Justice Riaz Ahmad Khan of the IHC issued notices to the TV channel, its anchor Mubashir Luqman, its Chief Executive Officer (CEO) Salman Iqbal and four directors while hearing the contempt of court applications in the two civil suits against the channel pending adjudication.

The applicants in their contempt of court applications adopted before the court that despite the IHC bench’s restraining orders of March 19, the TV channel once again on March 24 and 25 used defamatory and contemptuous language against them.

It must be mentioned that Justice Riaz Ahmed Khan of the IHC on March 19 directed the TV channel by saying, “In the circumstances, respondents/defendants are restrained from issuing any defamatory or contemptuous statement against the applicants/plaintiffs till date fixed.”

While hearing into the case, the applicants counsel produced transcript of the TV channel programmes aired on March 24 and 25.

Justice Riaz Ahmad Khan while issuing notices put off the hearing.The petitioners filed two civil suits, one exclusively against the anchor and other against the TV channel and its administration.

On previous hearing while arguing in the main civil suits, legal counsel for the petitioners had argued that the TV channel and its anchor had been continuously levelling false, baseless and defamatory allegations against his clients for the last four to five months.

The TV channel had been trying to injure repute of his clients and maligning them on day-to-day basis, he said and added that all these allegations were false, concocted and fabricated and an attempt to tarnish the image of his respectable clients. He further argued that the right of repute is a sacred and fundamental right just like the right of expression.