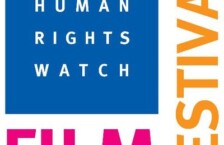 Islamabad: The 5th edition of the ‘Human Rights Reel — Film Festival’ concluded with the marking the Human Rights Day (HRD) in Islamabad.

The closing ceremony of the festival and commemoration of the HRD was co-organised by the Embassy of Switzerland and United Nations in Pakistan. The theme of this year’s HRD was ‘Youth Standing Up for Human Rights,’ says a press release.

The objective of the film festival was to amplify the importance and enhance knowledge about the universality and diversified nature of the human rights issues among Pakistani audience especially the Youth through the creative medium of films.

The participants watched the investigative film, ‘Dick Marty, a Scream for Justice,’ in the closing event. The director, Fulvio Bernasconi, who was also invited to participate, built the story of the film on a breathless investigation and the portrait of this quite extraordinary man. The screening was followed by an interactive moderated panel discussion among the Youth and experts on law, justice and human rights. The panelists included: Fulvio Bernasconi, Director of film; Sibah Farooq, Senior Partner at S&S Law Associates and Kamran Rajar, Director-General of the Ministry of Human Rights.