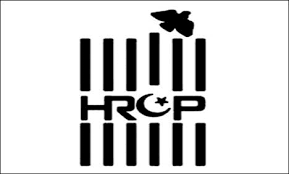 LAHORE: The Human Rights Commission of Pakistan (HRCP) has noted with concern the state’s amendment of the requisites of participatory democracy and reversal to the concept of a majoritarian state.

On the conclusion of its 33rd annual general meeting, HRCP said this trend must be arrested as it runs counter to the dictates of pluralism. HRCP has no quarrel with attempts to improve the scheme ushered in by the 18th Amendment, but any attempt to curtail the rights and interests of the federating units will undermine the integrity of the state.

HRCP is alarmed at the rapidly closing space for civil society organisations in Pakistan. Given that they have played a key role in delivering services where and when the state could not, it is a matter of great concern that they should now be pushed out of operation through registration refusals and undue restrictions. More broadly, any restrictions imposed on freedom of association, which is a constitutional right, are not acceptable.

The media has come under intense pressure in the form of job terminations and an escalation in the harassment of journalists – both online and otherwise – who express diverse or anti-establishment opinions. Increasingly, PEMRA has placed undue restrictions on the media, which do not appear to serve any concrete purpose. This has stifled key voices of dissent, with serious implications for Pakistan’s democratic development.

HRCP was dismayed at attempts to resurrect military courts. This institution must not be revived and all issues associated with these courts remain cause for concern. Military courts are essentially anti-democratic and there is no justification for letting them continue. The rule of law must be enforced by domestic judicial and police mechanisms that are, and must remain, responsible for maintaining civilian law and order under a civilian mandate.

HRCP was greatly concerned at the rise in the number of forced conversions being reported, especially in Sindh. This appears to be a systematic, organised trend and needs to be seen in the broader context of the coercion of vulnerable girls and young women from communities that are already marginalised by their faith, class and socioeconomic status.

Worryingly, HRCP noted that new areas of conflict have opened up in Balochistan and spread to Pashtun areas. The recent attacks on the Balochistan Levies indicate that pockets of militancy remain a serious problem for the province. HRCP also calls on the state to sign and ratify the International Convention for the Protection of All Persons from Enforced Disappearance. Cases of enforced disappearance must not be allowed to fade away once a victim has returned home. The impunity with which people continue to be forcibly disappeared is cause for serious concern and must be addressed if this problem is to be curbed.

The scale of child abuse across Pakistan cannot be allowed to become the norm. HRCP is especially concerned at reports that children are subject to abuse in Balochistan’s mining sector. Given that children are among the most vulnerable segments of the society, we call on the state to prioritise their right to safety and security of life. HRCP is also concerned at the state of the mining sector, which is still characterised by hazardous working conditions and little regard for occupational health and safety among mine owners. The lack of documentation of workers in this sector remains a critical issue, without which their working conditions will not improve.

While HRCP welcomed the passage of the Transgender Persons (Protection of Rights) Act 2018, it urged the state to take steps to ensure that the law is implemented. The rights and identity of the transgender community must be protected if this vulnerable group is to play its due role in civic society.

HRCP noted with great concern the rise in extremism. The recent case in which a university professor in Bahawalpur was murdered by a student simply for planning a mixed-gender gathering for his students, is a dangerous sign. That the student was alleged to have links to the far-right Tehreek-e-Labbaik Pakistan shows how deeply entrenched extremism remains on campuses.

Similarly, the vitriol that followed this year’s successful Aurat March indicates just how hard women must fight to claim their right to freedom of assembly and to public spaces. Rape threats and threats to women’s lives because they dared march in public are inexcusable.

The steps taken by the state to deliver on its commitments to curb terror financing and money laundering risks to the global financial system remain, so far, unsatisfactory. It is in Pakistan’s interests to put its own house in order and to ensure that militant outfits are given absolutely no room to operate in the country, given the risk they pose, in the first instance, to the country’s own people