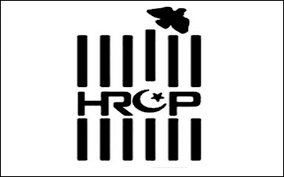 ISLAMABAD: Other than certain positive developments with regard to legislation and security situation, the overall state of human rights remained grim in the country in the year 2018, shows the Human Rights Commission of Pakistan (HRCP)’s annual report ‘State of Human Rights in 2018’ launched on Monday.

The report says that progress and observation of human rights stayed in the background during 2018 due to general elections but the elections themselves were plagued by allegations of pre-poll manipulation and vote rigging – never fully resolved – and some appalling outbreaks of violence.

The report acknowledged the fact that there were more women candidates for general seats in these elections than in any past election, and for the first time, transgender candidates contested the polls. It appreciates the acquittal of Aasia Bibi by the Supreme Court and opening of visa-free Kartarpur Corridor. The report also welcomes the approval of Transgender Persons (Protection and Rights) Act 2018 besides the establishment of the National Commission on the Rights of the Child (NCRC). The report mentions that the federal parliament made a total of 39 laws in 2018, a slight increase from 2017 when 34 laws came into effect. The report also notes steady decline in conflict-related deaths in the country.

At the same time, the report raises serious questions regarding the implementation of laws. It says that by year end, there were close to 1.9 million cases pending in over 250 lower, special, and superior courts. The National Accountability Bureau filed 440 corruption references and apprehended 503 accused persons. Overcrowding continues to be a major challenge with jails across the country holding up to 57 percent more inmates than their capacity.

HRCP monitoring data showed 845 incidences of sexual violence against women, and 316 crimes in the name of ‘honour’ perpetrated against both men and women. Child sex abuse incidents remained on the rise. One report showed an increase of 32 percent in the first six months of 2018 compared to the same period the previous year, a 47 percent increase in cases involving boys, and a 75 percent rise in sexual violence against children in the age group of 0-5 years. Despite legislation, violence against the transgender community continued during the year and cybercrime and online harassment across Pakistan saw an exponential rise in cases.

About protection of religious minorities, the report says that there was no noticeable abatement in violence against religious minorities, as attacks on people and property continued to be reported. While presenting the situation of minority community, HRCP Council Member Josef Frances demanded law to ban conversion of religion before the age of 18. He said that in only last week, four cases of forced conversion were reported in Punjab.

Speaking about the freedom of expression, Council Member for HRCP Ghazi Salahuddin expressed concern over curbs on freedom of opinion and expression escalated to unprecedented levels during the period of the elections. He said that media coverage was severely inhibited and journalists intimidated into self-censorship. He also expressed reservations on the government’s intensions to a ‘Pakistan Media Regulatory Authority’. About freedom of assembly, the report says that pre-emptive detention of activists was frequently employed to restrict or disrupt rallies and protests. It terms barriers to setting up unions and restrictions and banning of INGOs an attempt to restrict freedom of association.

The report says that despite the legislation enacted for women’s rights in recent years, violence against women and unlawful practices persist and continue to escalate. Despite legislation on the employment of minors, this practice persists in industries and homes and the cases of abuse of child domestic workers continue to surface. Only four percent of children in Pakistan receive a ‘minimally acceptable diet’ according to a UN report. In the Thar region of Sindh, 638 children died of malnutrition in the period 1 January to 31 December 2018. Whereas the National Commission on the Rights of the Child (NCRC) Act was passed in 2017, and the Commission has yet to be constituted.

About labour rights, it says that in general, implementation of international ILO and UN conventions and covenants relating to labour standards and human rights is an ongoing problem in Pakistan. Pakistan ranked 8th on the Global Slavery Index 2018, with an estimated three million living in modern slavery/bonded labour and an estimated 12 million children are involved in child labour in the country.

The annual report mentions that tatistics on the number of persons with disabilities (PWDs) in the country vary in the absence of verifiable survey data, but the prevalence of disability has been estimated at 15 percent by WHO. Schooling, training, and employment of children and people living with disabilities is a much neglected area. Stigma and superstition attached to disability in Pakistan prevents the visibility, inclusion, and participation of PWDs in society.

About education, the report mentions that the number of out-of-school children was reported to have risen from 22.63 to 22.84 million. Another report spoke of a promising trend as the children between the ages of six and 16 enrolled in schools had risen from 81 percent in 2016 to 83 percent in 2018.

On health, report says that the country’s spending on the health sector is still less than one percent of its GDP whereas WHO recommends it should be around 6 percent. The unsatisfactory quality and coverage of public health services means a high dependence on the private sector which is too costly for many. As a result, people are driven to consult unqualified medical practitioners and quacks, often with dire consequences.

The report notes a deficit of roughly seven to 10 million houses in the country and says that the government’s pledge to build five million affordable houses throughout Pakistan might be a major challenge particularly after the announcement that applicants would have to bear 20 percent of the total cost of their home.

In its section on environment, the report says that air and water pollution, lack of sanitation, and exposure to heavy metals are responsible for approximately 340,000 deaths annually in Pakistan. It says that Pakistan is among the top ten countries most affected by climate change, with wide-ranging impacts on the population and economy due to extreme weather events over the last two decades.