KARACHI: Government officials should be bound to send their children to government-run schools to ensure the merit, good quality and standard of education in Sindh, said a civil society participant at a meeting organised by the Strengthening Participatory Organisation (SPO) on Wednesday.

The consultative meeting was held to discuss ‘International Commitments and State Obligations on Citizen’s Rights’. The participant added that the destruction of public-sector schools is because policy makers have no interest in changing their fate.

The event aimed to gain input from civil society members to convince the provincial government to design and implement policies to benefit communities and the rural workforce, in the context of economic, social and cultural rights, as per the guidelines of International Covenant on Economic, Social and Cultural Rights (ICESCR) as ratified by the government of Pakistan in 2008. SPO regional head Hyderabad Mustafa Baloch, while sharing his recent survey findings, said despite tall claims by the government, poverty is increasing in rural areas. According to him, 11 out of 12 villages in one of the districts of Sindh do not have access to safe drinking water.

Baloch added that fundamentalism and extremism are being promoted in the land of Sufis and among the peaceful citizens of Sindh and the government must take initiatives to control its spread. He also said that government should not only pass resolutions but also define the rules of business for effective implementation of those resolutions.

“Economic, social and cultural improvements should come in every segment of society, irrespective of class, caste or creed,” said Dr Sono Khangharani, another civil society member. He added that civil society should put pressure on the government to separate religion from state affairs. Khangharani said all minority members, as well as their places of worship, must be protected.

Ayoub Shah, representing the Pakistan Fisherfolk Forum (PFF), said that fishermen contribute to the national exchequer but are not recognised by the government as workers. I would like to suggest that there must be a provision of compensation for victims’ family if an accident occurs at sea, he said.

Another participant, Shireen Khan, reminded everyone that in the World Economic Forum report on Gender Gap, Pakistan ranked 144 among 145 countries. She demanded the government implement the resolutions passed during the Pakistan Peoples Party’s last tenure regarding gender-based issues.

According to the SPO regional head Karachi, Ellahi Bakhsh, education, health, employment, housing, adequate standard of living, social security and other rights come under the responsibility of the government. He added that civil society must remind the government from time to time about their obligations towards the citizens. 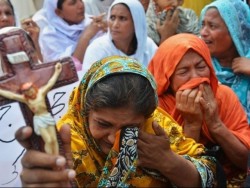 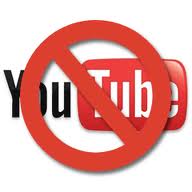 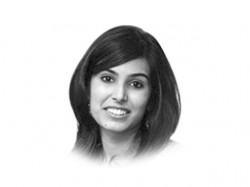