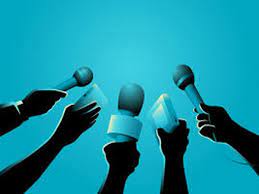 KARACHI: The All Pakistan Newspapers Society (APNS) on Friday lamented the efforts being made by the federal government to curtail the independence of the media, the latest being the proposed PMDA which, it believes, is intended to strangulate and control the entire media of the country.

The Executive Committee of APNS at a meeting held here on Thursday with society’s president Sarmad Ali in the chair was briefed on the meetings held between the stakeholders and the federal government on the establishment of the Pakistan Media Development Authority.

The members unanimously rejected the proposal and termed it an attempt to tighten the federal government’s control over the media from one platform. The proposed PMDA appears to be an extension of the Pakistan Electronic Media Regulatory Authority to all media with more regimental provisions to subjugate and take over the independence of free media.

The Executive Committee stated that the proposal was unconstitutional as any federal legislation to regulate print media is beyond the power of parliament after the 18th Constitution Amendment.

The APNS rejected outright the proposal to make it mandatory for all types of media to obtain licences and renewal of registration. The proposal envisages the concept of media tribunal whose members were to be appointed by the federal government, which is a form of direct control over the media. The concept is contrary to the very notion of justice and a fair hearing as it denies the right of appeal in the high courts. The tribunals have been authorised to award up to three years’ imprisonment along with a fine of Rs25 million.

The committee observed that the federal government intends to tighten its control over the media at large. It noted that unless the proposed law is shared with stakeholders, no meaningful consultation was possible.