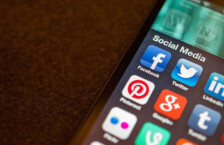 ISLAMABAD: The federal government has approved a set of rules to regulate social media in the country, under which social media companies will be obliged to disclose any information or data to a designated investigation agency, when sought, and failure to abide by any of the provision will entail a fine of up to Rs500 million.

The information to be provided may include subscriber information, traffic data or content data.

Under the rules which are set to open a Pandora’s box, social media platforms will be required to remove any ‘unlawful content’ pointed out to them in writing or electronically signed email within 24 hours, and in emergency cases within six hours.

These firms will have to establish registered offices with physical address located in Islamabad within next three months. These companies will also be required to appoint a Pakistan-based focal person for coordination with the relevant authorities within three months and establish one or more database servers in Pakistan within 12 months to record and store data and online content.

When contacted, Information Technology Secretary Shoaib Ahmad Siddiqui told Dawn that the rules were approved by the federal cabinet in its meeting on Jan 28 and opined that no fresh legislation was required.

Firms will be obliged to remove ‘unlawful’ content; opposition calls it a move to control social media

“This is a subordinate legislation under the Pakistan Telecommuni­cation (re-organisation) Act, 1996 and the Prevention of Electronic Crimes Act, 2016,” he said.

“The Minister In Charge of the Division concerned with Information Technology and Telecommunication shall, by notification, designate a National Coordinator within fifteen days of the commencement of these rules. National Coordinator shall be assisted by a committee comprising such stakeholders as notified by the aforesaid Minister,” a notification, a copy of which is available with Dawn reads.

The national coordinator will advise the federal or provincial governments and issue instructions to departments, authorities and agencies, in accordance with requirements of national security, in relation to management or regulation or functioning of social media companies.

The departments, authorities or agencies will be required to comply with the instructions. Such instructions may include actions related to blocking of unlawful online content and acquisition of data or information from social media companies. The national coordinator will engage with the social media companies and direct representatives of any company to appear before him in person to discuss any aspect related to operation of online system.

The national coordinator will be the sole authority in determining the situation of emergency.

The interpretation or permissibility of any online content, by the authority or the national coordinator will take precedence over any community standards or rules or community guidelines or policies or any other instruments devised by a social media company.

A company will take due cognizance of the religious, cultural, ethnic and national security sensitivities of Pakistan.

A company will deploy proactive mechanisms to ensure prevention of live streaming in Pakistan of any content in violation of any law, rule, regulation or instruction of the national coordinator, particularly regarding online content related to terrorism, extremism, hate speech, defamation, fake news, incitement to violence and national security.

The companies will be required to remove, suspend or disable access to such an account or online content of citizens of Pakistan residing outside its territorial boundaries and content that is involved in spreading of fake news or defamation and violates or affects the religious, cultural, ethnic, or national security sensitivities of Pakistan. When communicated by the authority that an online content is false, these companies will be obliged to put a note to that effect along with the online content.

If a company fails to abide by the provision of these rules, the national coordinator may issue instructions for blocking of the entire online system, social media application or services owned or managed or run by the company.

A company will have the right to file a representation within two weeks of the date of its blocking before a committee constituted by the federal government, and the committee will take a decision within three months.

An appeal against the decision of the authority will be submitted to a high court within 30 days of the issuance of the order by the authority.

When contacted, PPP secretary general Farhatullah Babar voiced concern over the framing of the rules “in an attempt to control the social media”. He said even if it was a subordinate legislation, it did not conform to the main laws. He said these rules should have been brought to parliament under a ruling of the Senate chairman given in 2017.

PML-N parliamentary leader in the Senate Mushahidullah Khan said the government did not believe in consultation. He asked why it had been kept as a guarded secret for about two weeks if the rules had been passed by the cabinet on January 28.

He regretted that the parliament, civil society and media had been ignored before making a decision on regulating social media.

He noted that the government would find it difficult to regulate the international companies operating from foreign countries.