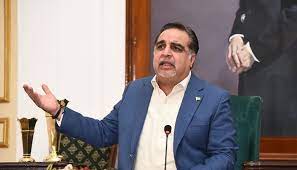 Sindh Governor Imran Ismail on Thursday handed over Pakistan’s first electric motorcycles to 13 journalists whose names had been selected through balloting.

Speaking at the ceremony held at the Governor House, he said the remaining 40 buses of the Green Line section of the Bus Rapid Transit Service (BRTS) had arrived in the city, and the fleet of the Green Line buses had increased to 80.

He conceded that there had been a considerable delay in launching the Green Line bus service in Karachi, but now the government was making the best possible efforts to launch it in a month.

Ismail said it was their desire that the Orange Line section of BRTS (being built by the Sindh government) soon be completed, but it seemed that there would be a another delay in completing the project.

Answering a question regarding the hike in the prices of essential commodities, he said inflation had become a global phenomenon, and several countries, including Russia and those in the Middle Eastern region, had been badly affected by it.

The governor said the federal government would soon give a relief package to the masses in view of the higher inflation rate. The CEO of Pakistan’s first electric motorcycle company, Dr Mohammad Amjad, said the electric motorbike had been introduced in Pakistan in accordance with the vision of Prime Minister Imran Khan.