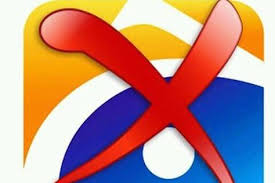 We feel obligated to raise our voice against reports that cable operators in several areas of the country have taken Geo News and its affiliate channels off air. We hope that print and electronic media of the country will take a principled stance and raise their voice in support of the channel, regardless of their competition with it.

Pakistan is a democratic polity governed by its constitution that guarantees right to information to the public. There is absolutely no way of guaranteeing this right without a free and fair media. Being part of the profession, we realise that the media still have a long way to go in upholding highest standards of journalism recognised internationally. Precisely for this reason, the Pakistan Electronic Media Regulatory Authority (PEMRA) has a very crucial job to ensure that public interest is not violated by the privately-owned media. PEMRA alone has the authority to allow or prohibit transmission of news channels, and no cable operator can prevent the public from watching the transmission of Geo News as long as the latter is proceeding in accordance with the regulator’s code of conduct.

A more worrying aspect of this episode concerns the country’s security agencies. Voices have been raised on the social media by credible commentators that cable operators have taken Geo News off air under pressure from security personnel.

The authorities — both civil and military — must realise that their failure to take quick action against whoever is responsible for taking the channel off air will only lend credence to these voices, making them seem either complicit in denying the public its right to information or incompetent to uphold the constitutional guarantee.

Taking down Geo from the cable is happening while the country is heading towards a general election. There are numerous matters of public interest — from the court cases against the former Prime Minister to the delimitation and appointment of caretaker governments — that necessitate public access to unfiltered information. This is an ominous signal for the future of democratic transition as well.

Democracies need vibrant public spheres where, ideally, all kinds of voices can come forward and engage in a critical discourse. We are far from such an ideal type in Pakistan, as there remain legal and societal bars on such discourse in a range of matters. Nonetheless, all those invested in strengthening democracy — we hope to count on legislative, executive and judicial authorities here — must strive for this ideal. The least our state institutions can do is to learn to take criticism, rather than feeling vulnerable because of it. Being trustees of the public’s will, these institutions stand to only benefit from the presence of critical and dissenting voices, particularly in the era of social media and information and telecommunication technologies when it is next to impossible to stifle flow of information.

This newspaper neither endorses Geo’s programming priorities, nor validates its editorial policies but we support the right of Jang Group to operate freely from undue interference and intimidation. One of the key lessons from Pakistan’s history is that whenever information is muzzled or censorship is used as an instrument, the results have been unsavoury if not altogether disastrous.