Fighting for the poor through Right to Information (RTI) law 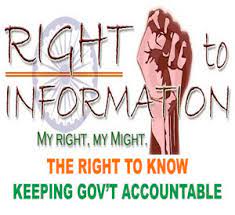 ISLAMABAD: Naeem Sadiq has a passion and that is for the poor. While politicians and TV pundits talk about the poor doing little to nothing for them, he talks with the poor in order to check how they are doing. Low-paid employees are persons of his interest. Whether they are paid the minimum legal wage or not remains his main concern.

A Karachiite by location and a management consultant by profession, Naeem visits different government offices to speak with the sanitary workers and security guards. And then he uses the Right to Information (RTI) law to gather details of the amount promised in the contract and if it is being denied. Efforts of this one-man brigade have already resulted in the implementation of minimum wage in all the 45 cantonments.

Employees Old-Age Benefit Institution (EOBI) was his next target. He paid a visit there last year and came to know that the minimal wages ranged between Rs15,000 to Rs18,000 in an institution whose primary function was to protect workers’ rights by enrolling them for pension and directing their employers in the private and public sector to pay for their pension funds. The minimal legal wage announced by the government is Rs25, 000 but it is rarely implemented.

Upset at this, Naeem decided to check the perks and privileges of the head of EOBI. He filed an information request which was responded to a year later and on the directions of Pakistan Information Commission, the appellant body against the federal government departments refusing the information demanded under the Right of Access to Information Act, 2017. The salary details found that the bosses and workers were living in two entirely different worlds.

During the two years (2019-2021), the EOBI spent a cumulative Rs28.3 million under the head of its chairman’s salary, medical, car, driver, domestic servants, telephone/ internet, TA/ DA and golf club membership. Housing allowance is not included in it. While the EOBI as an institution goes overboard to please its chairman, he noted, it is utterly clueless about its primary function. “Ninety per cent of the workforce isn’t enrolled under the EOBI while the 10 per cent enrolled are given a measly pension of Rs8, 500 per month,” Naeem said.

Pakistan’s 50 per cent workforce is paid less than minimum legal wage and 90 per cent is deprived of old-age benefits, he pointed out. The EOBI has only 09 million workers (out of approximately 75 million formal and informal workforce) registered on its roll. According to law, the employers are required to pay 5 per cent and 1 per cent is to be deducted from the salary for depositing to the EOBI so that an employee could receive pension upon reaching the retirement age of 60 years.

But the situation is entirely different on the ground. Most of the employers recruit workforce through third parties and this absolves them of the responsibility. They don’t ensure that the third party fulfils its legal requirements. Why doesn’t the EOBI advertise that minimum wage is now Rs25, 000 and the employers are required to enroll and pay Rs1, 500 (6 per cent of Rs25, 000) to the EOBI each month, he asks. “If the EOBI does it, there will be a revolution,” Naeem said. The EOBI is supposed to cater to the entire workforce, let alone the low-paid employees.

Right now, the EOBI is headless for the last two months and it doesn’t have a designated media person either. The News, therefore, spoke to an un-designated EOBI official for his department’s side of the story. Sharing statistics, he said there are as many as 140,517 employers registered with them. Of them, 92,629 are currently active, 43,834 are closed and 4,044 are de-registered.

As far as the enforcement of the minimum wage is concerned, it was EOBI’s responsibility. The enforcement is the duty of the commissioner of the concerned division, he said. Asked that even the security guards deployed by the EOBI are not being paid the minimum wage, he said it was not the EOBI’s job to do it. They are paid by the third-party contractor.

As far as the registered workforce, he said the number has increased to 9.8 million as per updates made available at the end of May this year. Other than the EOBI, Naeem has also sent information requests to departments like the Pakistan Post, State Life Insurance and Pakistan International Airlines whereas he has already been able to successfully get implemented the minimum legal wage in cantonment boards and at airports through the Civil Aviation Authority.

There too, he used the RTI law to get information and confronted the departments as to why the third party they engaged didn’t pay the legal wage to sanitary workers and security guards. The National Savings has already conceded and will ensure implementation, thanks to Naeem’s efforts.