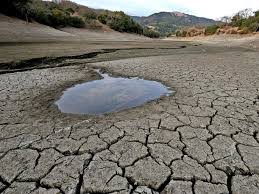 BADIN – A large number of farmers Saturday took out a long march on foot from Trai Town to Badin City headquarters against, “what they said”, artificial shortage of water in tail-end Badin district.

The farmers march by foot for 22 kilometres. They were led by Shah Ali, Abdus Sattar Memon, Abdullah Saraz, Azizullah Dero, Mir Noor Ahmed Talpur, Khuda Dino Shah, Amir Azad Panhwar and others. The march was started from Train Town early in the morning; and after passing through different chowks and villages, where the participants were accorded a warm welcome by villagers, it reached Badin Press Club where it turned into a massive sit-in which continued for several hours.

The protestors demanded immediate release of water in the district; they said that the continuous negligence of rulers had destroyed the agriculture system of Badin district.

He directed the officials of Sindh Irrigation and Drainage Authority (SIDA) to ensure just distribution of water and dismantle all the illegal waterways and modules so that every farmer could get his due share of water.

Addressing press conferences first at the residence of MPA Mir Allah Bux Talpur in Rajo Khanani Town, then at Jamali House in Tando Bago, and final

ly at the residence of MPA Taj Muhammad Mallah in Badin Town, the minister said that the top leadership of the party as well as Sindh government was fully committed to ensure the provision of water to each and every farmer and grower of the district due to persistent water crisis in the region for past many months. He said: “I fully support those protesting against the nagging water crisis; and I am here soon after taking over the charge of the irrigation minister to meet and resolve the genuine issues of farming community.” He requested the leaders of Save Badin Committee to wait for the final report of Idrees Rajput, head of 19-member technical committee, with regard to blockages erected in the canals, irrigating the lands of the entire Badin district.”

“Once the report is submitted to Sindh government, we will take no time to dismantle all the blockages if they hinder the flow of water in Akram Wah and Phuleli canals,” he added. He admitted that water shortage had wreaked havoc on agriculture, and people were forced to drink contaminated water in most parts of the district.

He said that it was their prime duty to provide water to people, especially at a time when there is a large quantity of water in Indus River after a long time.

“I have seen people who are really facing hardships in getting water during my visit on Saturday in different areas of the district” he said, and adding that all parts of the district would be provided water for drinking and crop cultivation within next few days.

He said that Sindh government despite financial crunches due to indifferent attitude of the federal government would mull over to earmark huge funds in the next budget to carry out various schemes to bring about revolutionary changes in the irrigation system not only in Badin district but also in the entire province. “We are making a mechanism to further improve the system so that water theft between the barrages of Guddu and Kotri Barrage could not be stolen through pipes and other means,” he said, and adding that if needed they would construct Twin Akram Wah with the financial assistance of World Bank under Water Sector Improvement Project (WISP).

He maintained that he was directed by former president Asif Ali Zardari for the regulation of water after a delegation of farmers led by Qabool Muhammad Khatian, chief of Sindh Chamber agriculture met him in Karachi and briefed him about water crisis in Badin district. He added: “Bilawal Bhutto Zardari, Asif Ali Zardari and Chief Minister Syed Murad Ali Shah were equally concerned of water crisis and directed me to frequently visit the area and ensure judicious water distribution of water by removing illegal pipes, watercourses and outlets without any discrimination.” He said that they would seek help from Rangers and police against water thieves, adding that he warned both irrigation and SIDA officials to mend their ways in providing water without any discrimination.

To a question about the performance of federal government, the provincial minister said that Prime Minister Imran Khan and his entire team had miserably failed had lost the moral justification to continue governing the country. He rapped the functionaries of NAB for the alleged selective accountability against those, who were criticizing the anti-people policies of the selected rulers. He claimed that neither PPP leadership was afraid such ugly tactics nor would allow the immature rulers to tinker with the constitution. He said that PPP along with like-mended would foil all ugly attempts against the 18th Amendment adding he said that rivals of PPP were afraid of the speeches of Bilawal Bhutto Zardari on the floor of National Assembly. He made it clear that no power on earth could divide Sindh into administrative units as the demand of some unscrupulous elements from MQM.

PPP MNA, Mir Ghulam Ali Talpur speaking on the occasion thanked the party leadership for taking notice of the protest of the people of Badin and assured the people that lawmakers from Badin were not silent but federal government was not releasing the required quantity of water for past many months. The PPP lawmakers, leaders including Haji Ramzan Chandio, Sain Bux Jamali, Mohammad Nawaz Chandio and the officials of irrigation and SIDA were also accompanying the minister during his visit.