Falcons release in wild being delayed 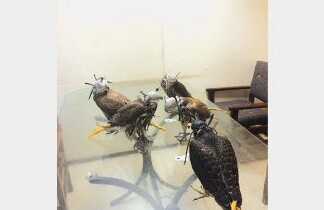 KARACHI: The five falcons confiscated at the Karachi airport for being ‘illegally imported’ from Dubai were not released in the wild on Monday due to some ‘issues’ between Pakistan Customs and Sindh wildlife department on their custody.

The endangered birds were seized by the customs authorities on Sunday night but their refusal to hand over the falcons and the importer to the wildlife department officials the same day annoyed the latter, sources said.

“We have asked for an official letter now, because they had refused to hand over the falcons and their importer when our staff reached their office [to take the custody] on their call on Sunday night,” said wildlife conservator Saeed Baloch.

If the birds were being properly fed, no harm would be caused to them, he said.

When contacted, deputy collector of Pakistan Customs Dr Ali Raza told Dawn that the consignment and the importer had not been handed over earlier, because the staff had to complete required documentation. “This has been done today [Monday], but the wildlife department has refused to take the consignment and the importer into their custody and has asked for a letter,” he said.

The letter would soon be sent but the wildlife department should have taken immediate measures to release the birds in the wild, Dr Raza added.

In reply to another question, he said the importer, Lal Mohammad, was still in the custody of Pakistan Customs. He explained: “Since the importer has declared the consignment in papers, we can’t take any action against him, though he didn’t have the permit to import these birds.

“Perhaps, action against him is possible under the wildlife laws. Under the customs law, however, he can be released on submitting a personal bond of Rs100,000,” he said.

About the condition of the falcons, the customs officer said they were fine and being fed with pigeon meat. 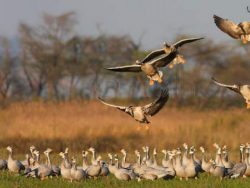