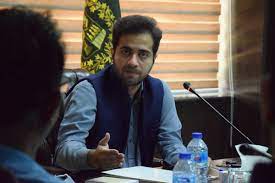 “I am safe and back at home. Thanks for the support by everyone,” he tweeted, adding that, “Some friends tweeted about a second raid which is not true.”

Earlier on April 10, the residence of Khalid by unidentified persons, the Pakistan Tehreek-e-Insaf (PTI) said on Sunday, hours after the party was ousted from power through a no-confidence motion against the prime minister.

The PTI took to their official Twitter handle to announce the “extremely disturbing news”, claiming that Khalid’s home was raided and that his family’s mobile phones were taken away.

It maintained that Khalid had “never abused anyone on social media and never attacked any institutions”.

The party urged the Federal Investigation Agency (FIA) to look into the matter. Several former federal ministers condemned the raid in their statements and tweets. Asad Umar said that “patriotic youth” like Khalid were an “asset” for the nation.

“Wow! Deep shadows cast over Arslan Khalid’s house as it got raided & his family’s phones taken away.