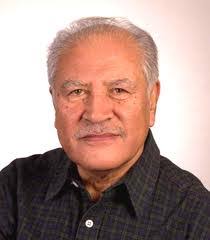 HYDERABAD: Well-known BBC Urdu Service broadcaster Raza Ali Abidi believes that expansion of electronic media in Pakistan has created confusion in society because it does not run in an organised manner. “In fact, it has defective foundation,” he observed.

Mr Abidi made the observation during a chat with journalists at the Hyderabad Press club on Tuesday evening. He said the media usually facilitated opinion-building but this was tragically not the case in Pakistan. “I am not seeing anything like this here … what I am seeing is confusion,” he remarked.

He said that the ratings system was not serving the media in a positive manner. “Competition is understandable, but we are witnessing dishonesty, too, in this race.”

According to him, in their quest for popularity, media houses resort to playing different tactics though the objective can be achieved by adopting positive methods. “Thanks to the electronic media, Pakistani society has become tribal in nature. It is only cricket that often binds people,” he said.

Mr Abidi pointed out that in the United Kingdom, newspapers were aligned either with the Labour Party or Conservative Party and they pursued the agenda of their respective side. They never thrust their own agenda upon their readers.

He was of the view that [former president General] Pervez Musharraf’s move to allow private television channels to work was aimed at serving his own interest — popularity — but he found it hard to maintain his control over them.

The eminent broadcaster, commenting on the print media, said: “I still feel that English-language newspapers in Pakistan are more civilised and they produce better content when compared with Urdu-language newspapers. They, however, tend to show leanings to one or other side which is natural,” he said.

He recalled the times when obtaining a declaration [to bring out a newspaper or periodical] was next to impossible, and said that today many newspapers are published and more are coming up at a faster pace.