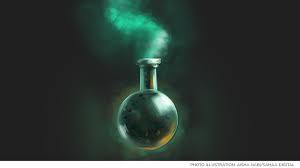 An elderly journalist was injured after unidentified men threw acid on him in Mehran Town area of District Korangi on Monday.

Arain, who is associated with a local newspaper “Karnama”, was sitting in his office when some people threw acid on him, SHO Marwat said.

He said that the injured journalist was shifted to Dr Ruth KM Pfau Civil Hospital Karachi’s Burns Centre where doctors have declared him in stable condition after treatment. SHO said that the victim received burn injuries on his shoulder and back.

District Korangi SSP Shahjahan Khan told SAMAA Digital that the victim was a retired policeman. He said that Arain was posted in Special Branch and joined a local newspaper after his retirement.

SSP Khan said Arain has a dispute with a dumper owner. The victim believes that he was attacked because he stopped the dumper owner from parking his vehicle in front of his house.

Police have started investigation in light of the victim’s statement.

According to victim, he was sitting in his office when a man threw acid on him and escaped. He said that when he went out to see fleeing man, he saw two more people with him. However, he was unable to identify them.