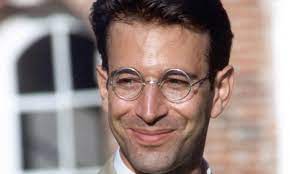 ISLAMABAD: A senior counsel representing the parents of slain Wall Street Journal’s South Asia bureau chief Daniel Pearl on Tuesday submitted a DNA report in the Supreme Court to establish the fact that a body found in Karachi after the journalist’s murder in 2002 was that of the son of Judea and Ruth Pearl.

The DNA report conducted by the Armed Institute of Pathology, Washington DC in Nov 27, 2002 was furnished before the apex court by Advocate Faisal Siddiqui, who is representing Daniel Pearl’s parents, to lay to rest the impression that the body recovered after the murder was of someone else.

Advocate Siddiqui also told a three-judge SC bench headed by Justice Mushir Alam that the identity of the victim was confirmed through the DNA conducted after the body was recovered in Karachi.

The bench had taken up a set of appeals instituted by the Sindh government, the mother and father of the slain journalist through Advocate Siddiqui as well as Ahmed Omer Saeed Sheikh — the principal accused in the Pearl murder case — through Advocate Mehmood A. Sheikh.

Daniel Pearl, 38, was abducted in Karachi in January 2002 while doing a research on religious extremism. Later, a graphic video showing his decapitation was delivered to the US Consulate after a month of his abduction. Subsequently, Ahmed Sheikh was arrested in 2002 and sentenced to death by the trial court.

But on April 2 this year the SHC modified the sentence of Ahmed Sheikh to seven years and acquitted three other accused, namely Fahad Naseem, Sheikh Adil and Salman Saqib, who were earlier sentenced to life imprisonment by the Anti-Terrorism Court (ATC), Karachi.

Advocate Siddiqui will dilate in detail when he will commence his arguments before the court on Wednesday as senior counsel Farooq H. Naek closed his arguments on behalf of the Sindh government on Tuesday.

The lawyer rejected the impression which was also highlighted in the SHC judgement that the body of the victim was never recovered.

The DNA report was signed by DNA analyst Deborah K. Haller of the Armed Forces DNA Identification Laboratory whereas the reviewer was Demris A. Lee and Col Bron Smith.

Moreover, the evidence of the forensic expert is clearly corroborated by evidence of independent witnesses, such as PW (prosecution witness) Sheikh Naeem and PW Mehmood Iqbal, which proved that the internet connection given to Fahad Naseem was used for sending ransom emails, the petitions contended.

The high court even erroneously discarded evidence of PW Zaheer Ahmed by declaring him a chance witness even though his independent evidence supports the fact that the laptop was recovered.