LAHORE: The internet is a tool to connect and observe what actually is happening in the world. For many Pakistanis, this means spending some free time by surfing the net or checking emails, but countless people are utilising this tool to gain the best economic benefits to make lives easier.

Apart from mobile internet, broadband penetration in urban as well as semi-urban or rural population has opened new avenues for sharp minds as they are now connected with the global market and have risen to the level which they would have failed to achieve while working in domestic markets.

Take for example the case of Imtiaz Qureshi, a scrap dealer in the outskirts of Sialkot. Broadband penetration in the second-tier city has helped his business grow through access to international scrap markets.

“New options have emerged since I acquired the broadband connection. I can get goods at very cheap prices and from markets which were inaccessible to me. Not only this, the trust level has increased, as both parties can see each other and negotiate through video calls.”

Similarly, textile exporter from Faisalabad Naeem Khalid said, “our textile industry and garments are competing globally through their presence on the internet. It’s more convenient to access international markets now and businesses here in Faisalabad are gaining from this.”

In the cities and towns where broadband service is available, more economic opportunities are being created, awareness of different cultures and accessibility to knowledge are encouraging people to respect diversity and be more tolerant.

Riaz Ahmed, a retired school teacher, is making good use of broadband by earning a livelihood teaching Quran to learners in Denmark.

“I never thought it could be so convenient, I can connect to my pupils through Skype and teach at my convenience. A lot of people in my area are following suit, which has raised income levels of many families,” he added. According to the Pakistan Telecommunication Authority, broadband subscription grew over 40% in the country in 2014, reaching 3.79 million compared to 2.72 million during 2013.

The cost of access to the service is a vital aspect which needs to be accounted for. Marginalised communities with limited resources are now coming on the information and communication highway because of the affordable installation cost and monthly packages offered by different companies.

More obvious is the economic impact of the service which is empowering communities to make more informed decisions, raise and create awareness. 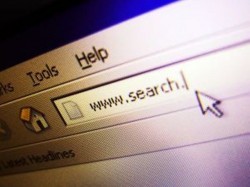