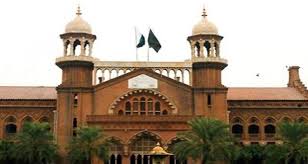 LAHORE: The Lahore High Court (LHC) full bench Thursday came hard upon television programmes which criticise the judiciary, observing that “the parliament is the mother of the democratic system but even then it does not criticise the judiciary,”. A three-member bench headed by Justice Sayyed Mazahar Ali Akbar Naqvi and comprising Justice Ali Baqar Najafi and Justice Aalia Neelum took up the petition seeking high treason case against Muttahida Qaumi Movement (MQM) founder over his speeches against the state institutions.

The bench issued notices to Secretary Interior and the MQM founder, and directed the attorney general of Pakistan to assist the court on the next hearing.

The bench expressed serious concerns over TV programmes interpreting the matters pending adjudication before the court.“Media have freedom under the Constitution but it is the Constitution which bars media from attacking the judiciary,” Justice Naqvi remarked. “No Tom, Dick and Harry can criticise the decisions of the courts. How a person could attack the judiciary in a TV programme when it is not done in the parliament,”. The judge observed that freedom of expression never meant that unnecessary criticism should be done on the judiciary.

Justice Naqvi observed that what was happening on TV channels day and night was unacceptable. The judge also questioned the non-appointment of Pemra Chairman, saying that whether the Pemra was being run by the government under its control.

The petitioner’s counsel Advocate Azhar Siddique said that the situation would have been different had the 2016’s order been implemented in letter and spirit. He said the respondent party head attacked the army and the judiciary in his speeches.

The bench directed the Pemra’s executive officer to appear in the court. The bench observed that the counsel the MQM found had died and therefore, he was being given a chance to hire a counsel and put off hearing until April 5.

Aftab Virk and others had moved the petitions against MQM founder and said that he delivered anti-state speeches and tried to provoke the people against the state institutions. They prayed to the court to order high treason case against him and bring him to justice.

In 2016, the LHC full bench banned media coverage of MQM founder for his speeches against the state institutions.