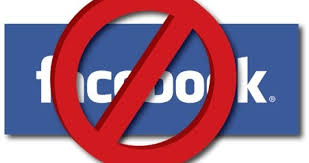 PESHAWAR: A Peshawar High Court bench on Tuesday directed the Pakistan Telecommunication Authority to block two Facebook pages carrying blasphemous material within three days and sought explanation from PTA and the interior ministry on their failure to do so until now.

These respondents were also told to depute senior representatives each for appearance in the next hearing on July 26.

Lawyer Arif Jan had moved the court to seek orders for PTA to block Facebook, saying the anti-Islamic forces have been using the social networking website for creating unrest among Muslims by constantly uploading blasphemous material.

The bench observed that unfortunately, proper guidance was not available to the youth regarding how to use the social networking sites, including Facebook, and therefore, they were mostly found using it for negative purposes.

It added that youngsters had been picking bad things from the internet. The bench observed that it had examined the record produced by the petitioner that showed that blasphemous material was uploaded on Facebook and thus, hurting sentiments of Muslims.

It observed that the said material was provocative and would increase unrest in the society.

The petitioner said it was an organised crime and a movement had been launched by anti-Muslim forces to misguide Muslim youths towards their religion. He said unfortunately, Pakistani youths had been using Facebook and other social networking sites for negative purposes instead of learning.

The petitioner produced two Facebook pages, saying these pages included blasphemous material and that there were many more similar pages. He claimed that he first contacted the relevant PTA officials over the telephone and then lodged a written complaint with them about the blasphemous material on the internet, but to no avail.

The petitioner said ISI had the facility to trace the origin of blasphemous Facebook pages and block them but had doing nothing against the stuff.