Court moved for ban on TikTok 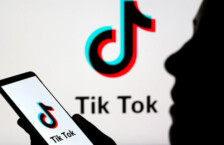 LAHORE: A civil miscellaneous application has been filed in the Lahore High Court demanding an immediate ban on a famous mobile phone video application, TikTok.

Advocate Nadeem Sarwar moved the application on behalf of a citizen who is a petitioner in a main petition pending with the court.

The lawyer contended that hearing of the main petition against the TikTok had not been fixed so far and the matter was of great importance. He said more than 10 deaths had been reported in the country in incidents relating to the users of the application.

Moreover, he said, the video-sharing application had become a source of spreading pornography for the sake of fame and ratings on social media.

He referred to a recent incident wherein a girl had been gang-raped by a group of friends whom she acquainted on the TikTok.

He argued that the video application was a great mischief of modern times. He pointed out that the same application had already been banned in Bangladesh and Malaysia for its pornography and inappropriate content and its use for mocking people.