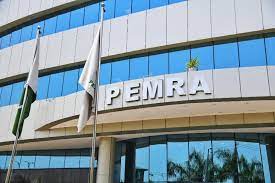 It is presumed that Pakistan Electronic Media Regulatory Authority (Pemra) has laid down certain rules to regulate electronic media to keep it within limits of civilised and healthy entertainment. But it seems that the authority has forgotten or ignored the purpose of its establishment.

One may point out a few aspects that need immediate attention of Pemra. One aspect is the publicity material aired between television programmes and even before and during news bulletins. The frequency of these advertisements has increased to such an extent that watching programmes or listening to the news has become a nuisance.

The next problem pertains to the cable channels that air content from outside Pakistan and the language used in such movies and comedy shows is simply unbearable. Raw violence, bloodshed and other objectionable scenes and storylines are the key characteristics of such content. Pemra needs to censor these movies before allowing them for mass viewership.

Besides, there are certain programmes that are in a language that is perhaps understood only by the ‘embassy staff’ of that country, because the public cannot comprehend a single word of such alien languages. There are several entities working actively and may help Pemra in bringing about changes in this regard.