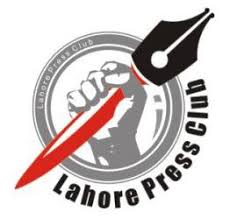 The chief minister directed to waive off monthly outstanding dues of residents of Journalist Colony amounting to Rs12 million as well as issue Health Cards to the members of Lahore Press Club. Office-bearers and members of governing body of Lahore Press Club called on Sardar Usman Buzdar at Chief Minister’s Office here Thursday.

The chief minister while approving the demands of Lahore Press Club office-bearers assured them of the early implementation. He also directed expeditious solution of the affairs regarding phase-II of Journalist Colony and subsequent development of F-Block. He also directed to issue notification of Board of Directors and elected management committee.

The chief minister directed that action should be initiated for setting up school, 30-bed hospital, public parks and commercial area in Journalist Colony, Harbanspura. Usman Buzdar directed initiating proceedings for handing over sewerage and water supply system to Wasa and electricity system to the Lesco. He directed district administration and police authorities to initiate action according to law against the illegal occupants of Journalist Colony and take action for the transfer of land deed in favour of Journalist Housing Foundation.

Usman Buzdar thanked the journalists and remarked that all the media persons were like his friends and respectable for him. He appreciated the efforts of those who highlighted genuine problems of the masses through positive journalism.