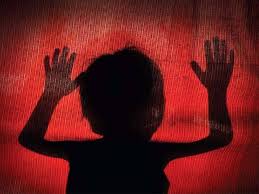 Child abductions are on the rise, with almost 146 cases reported so far this year, according to a report compiled by the Karachi police in collaboration with the Citizens-Police Liaison Committee (CPLC) and the Roshni Foundation.

Releasing the report during a joint news conference on Tuesday, city police chief Additional IGP Dr Amir Shaikh said that these 146 cases include those of eight children aged between five and 15 years who were kidnapped for ransom.

“All of these eight children were rescued safely,” said Dr Shaikh, who was flanked by CPLC chief Zubair Habib and the Roshni Foundation’s Khalil Ahmed Nanitalwala. “The police also arrested 22 kidnappers and killed three in different encounters.”

The city’s top cop said that 66 per cent of the missing children were around 10 years old, adding that 94 of them had returned to their homes themselves. “Majority of the children who went missing were from the outskirts of the city, and 83 per cent of them were boys.”

Dr Shaikh said the children disappeared for a number of reasons, such as ignorance of the parents, pressure from their school or seminary, family disputes, forcibly engaging them in work or being mentally ill, any of which could have compelled them to run away from home.

He said the reasons behind the children who were kidnapped included involvement of the housemaids for ransom and begging purposes, adding that child rights protection units have been set up at all three women police stations in the city, with a helpline number 1138 for registering complaints about missing children.

“A special training would also be imparted to police officials to help them in investigations related to missing children, while advertisements will be published in newspapers to trace such kids.”

He appealed to the media to avoid the practice of misreporting cases related to missing or abducted children as well as to verify all the information before filing their news stories.

Talking about rising street crime in the metropolis, the police chief said people from different castes or communities are involved in such criminal activities, adding that the police have asked the Sindh government to announce head money for top narcotic dealers.