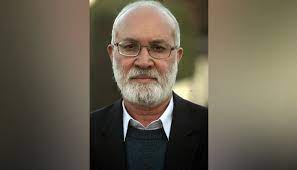 “Rahimullah Yusufzai was a widely respected name in journalism due to his hard work and impartiality. He was my teacher as after assuming the office, I used to seek his advice on certain issues. He always guided me sincerely,” the chief minister recalled.

He said this while speaking as chief guest at an award distribution ceremony at the Chief Minister’s Secretariat here on Tuesday.

The award was launched in 2016 and named after the late journalist Amir Ahmad Siddiqi. The award along with cash prize is given to journalists in different categories on the basis of their work, chosen by a jury of journalists.

The jury praised Rahimullah Yusufzai for his outstanding services in journalism and gave a lifetime achievement award to him posthumously. His son Arshad Yusufzai, who is also a journalist, received the award along with Rs50,000 cash, from the chief minister.

Mahmood Khan said he had seen many journalists but he didn’t think people like Rahimullah Yusufzai would be born again in journalism.

“Sometimes he would write against us and criticized us on many occasions. But he was always positive and impartial in his work,” Mahmood Khan said.

He said his impartiality and honesty in journalism gave him a unique identity in the profession.

“He was a big name in the profession and I wish people could follow him in journalism. Since I had approved the upgradation and reconstruction of Tehsil Headquarters Hospital Katlang, therefore I name it after late Rahimullah Yusufzai in recognition of his services for the people of this province and his native Katlang town,” the chief minister announced.

With each award, the family of late Amir Ahmad Siddiqi gave Rs50,000 cash to each winner. Previously the cash award was Rs25,000 but this year the family increased it to Rs50,000.

Chief minister Mahmood Khan also announced Rs50,000 for each winner of the award.

Speaking on the occasion, the chairman of the jury Ismail Khan said he had worked for years with Rahimullah Yusufzai and found him a great teacher and an outstanding journalist.

“He was a hard worker and had a dedication to his profession. I had always seen him either reading or writing,” he recalled.

He said Rahimullah Yusufzai was a very hard worker and would complain about the falling standards of journalism.

“He gave respect to the people and earned it as well,” Ismail said.

“Rahimullah Yusufzai was an era. The vacuum his death created can never be filled,” he observed. He said he was lucky to have worked with him on different occasions and found him extremely hardworking and honest with his profession.

He also appreciated Chief Minister Mahmood Khan for his respect for the journalists.

Journalist Zalan Momand and Dr Faizullah Jan, Chairman Department of Journalism and Mass Communication, University of Peshawar, both members of the jury, appreciated the services of Rahimullah Yusufzai and his commitment to journalism.