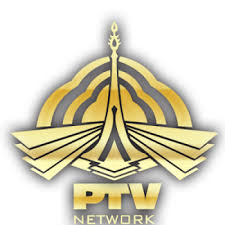 PESHAWAR: The Qaumi Watan Party has condemned the rescheduling of Pashto language programmes on Pakistan Television’s Peshawar centre, and described it sheer injustice with the people of Khyber Pakhtunkhwa who were deprived of the opportunity to watch events of their choice on the state-run television.

Speaking at a news conference at the Peshawar Press Club on Friday, QWP cultural secretary Dr Alam Khan said PTV had brought some major changes in the schedule of its programmes usually aired in regional languages which had badly disappointed the viewers.

Most of the events which are supposed to be broadcast from Peshawar have been shifted to PTV Lahore centre, he said, adding shifting of these programmes to Lahore was beyond imagination because the viewers were in KP and the events were aired in Lahore.

Besides, he pointed out that the broadcast time of different cultural programmes had been abruptly changed from the prime time, and now nobody was there to watch them.

Dr Alam Khan said PTV’s Peshawar centre programmes were now aired from 2pm to 4pm, instead of 5pm to 6pm, due to which, the people were unable to watch programmes of their choice.

The QWP culture wing leader urged Prime minister Imran Khan to take notice of the abrupt change in the policy of PTV to ensure that every language got proper space in the regional programmes at different times.

He also urged Federal Minister for Information, Broadcasting and National Heritage Fawad Chaudhry to take immediate notice of the matter.