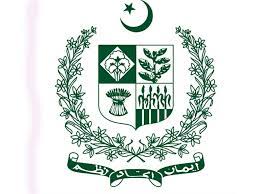 ISLAMABAD: The censor boards of provinces have declined to pass five Indian Punjabi comedy films which had earlier got No Objection Certificate (NOC) from the previous government.

The current government in the Centre seems to have changed the policy towards the Indian Punjabi comedy films.

After the refusal of the censor boards to pass these films, their release in Pakistan has been deferred.

The distributors had bought these films for millions of rupees, but they are reluctant to release them due to refusal of the censor boards to pass them.—INP