Call for census, registration of miners with welfare organisations 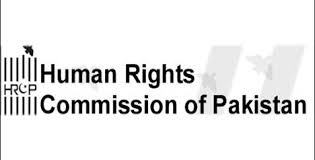 QUETTA: Leading human rights activist and former director of Human Rights Commission of Pakistan (HRCP), I.A. Rehman, has said problems being faced by workers could not be resolved until society changes its attitude towards the labour class and considers issues of the workers as its own.

Speaking at a consultative meeting organised by the HRCP’s Balochistan chapter here on Thursday, Mr Rehman said that everybody in society was just taking care of their own problems and not giving attention to issues of labourers and low-paid workers and that attitude was increasing difficulties being faced by the labour class.

Mr Rehman said that holding of such conferences could play an important role in finding a solution to the issues of the labour community.

He said that such conferences had been very successful in Sindh and suggested that more such meetings should be arranged in all provinces. He said that companies working on different projects should fulfil their social responsibilities and spend funds for the welfare of their workers and provide health, education, drinking water and other basic facilities to them.

Mr Rehman further said that census of mine workers should be conducted according to the verdict of the Supreme Court of Pakistan and they should be registered in welfare organisations.

He suggested that in case of death of a worker in a mine accident, the compensation amount should be increased.

He said that children working on a daily wage basis should be provided education facilities.

Referring to the fisheries’ sector, he said that people affiliated with the fishing profession since centuries should not be affected by the CPEC and Balochistan should be given its share in the mega project.

The participants in the meeting discussed issues being faced by the labour class in different sectors, including coal mines, industries and several other organisations.

It was observed that miners working in the coal-mine industry were the worst affected and mine owners deprived them of their rights.

Labour leader Sultan Mohammad talked in detail about problems of mine workers. He said that they were working in very dangerous situation in coal fields, as mine owners did not implement labour laws. He added that lack of safety measures for miners was the major reason of huge casualties of workers in case of a mine accident.

The meeting also noted that departments concerned were not fulfilling their responsibilities in monitoring the implementation of labour laws.